Apple left these out and gave us an abstract, shades of purple wallpaper much like the red-orange-yellow-blue one in Big Sur. The Monterey default is an artistic rendering of underwater canyons just off the coast of Monterey. Those are impossible to photograph due to lack of sufficient light to take the picture. I've never used the default wallpaper for macOS Big Sur. At least there was a Big Sur coastline alternative you could switch to with Big Sur. Not so with Monterey.

Here's an alternative for Monterey if you want a "seascape" picture for your wallpaper. I prefer the Monterey Version II Dynamic wallpaper. Looks better to me than version I. ​ 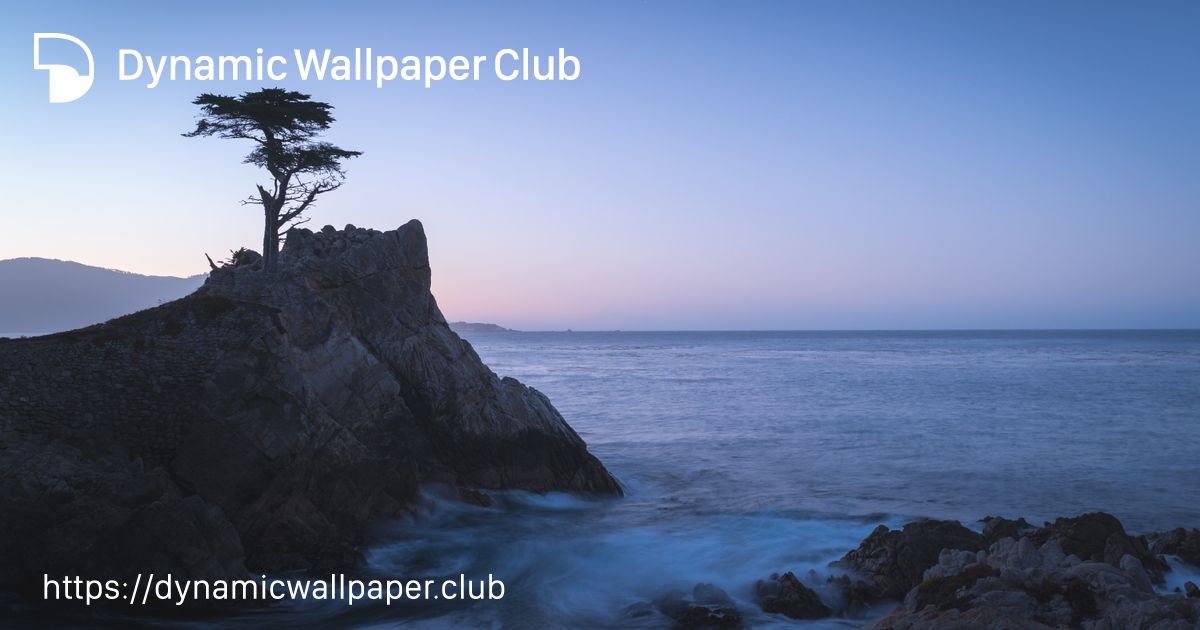 Looking for Dynamic Wallpapers for macOS Mojave? Download "macOS Monterey II" on dynamicwallpaper.club or create your own.

I love the Monterey Desktop picture, really calming and good use of colour. I hope we see more desktops like this.
Last edited: Nov 14, 2021

craighazan said:
I love the Monterey Desktop picture, really calming and good use of colour. I hope we see more desktops like this.
Click to expand...

The Monterey default wallpaper for me is tolerable but I tire of it rather quickly. Too much purple. It is much better than the Big Sur one. I'm predicting that the "Places in California" theme will end with macOS 13 next year and we'll start a new cycle in 2023. Maybe it will be Dogs in contrast to Big Cats ! We got 9 years of Big Cats so it looks like the "Places" theme will be going away soon too.
Last edited: Nov 14, 2021

One can never get too much purple in there life, can I persuade you to watch the Monterey screen saver?, just for a few seconds!. I imagine floating down some remote Californian valley in purple, very soothing.

craighazan said:
One can never get too much purple in there life, can I persuade you to watch the Monterey screen saver?, just for a few seconds!. I imagine floating down some remote Californian valley in purple, very soothing.
Click to expand...

I would really love it if Apple had went with Saffron yellow for the Monty wallpaper. Purple is just too "cool" for me.

trs96 said:
I would really love it if Apple had went with Saffron yellow for the Monty wallpaper....
Click to expand...

Floating... Californian... Purple... Saffron... Sounds, er, existential... Are you tripping the leaf fantastic?! or, is it something heavier, something more... Labradorian; with kudos to Cheech and Chong.
Last edited by a moderator: Nov 21, 2021

It's interesting to see what effect different wallpaper can have on your perception of the OS version.

For me, I've just used the same "Stonehenge" wallpaper since ... Forever. Each macOS upgrade I re-install the same wallpaper. The thing is, doing this you see more clearly what differences there actually are in the operating-system.

Recently I was using Monterey on my M1 Mac Mini and replaced all that purple with the old stones, as usual. Then went back to High Sierra and all stations in between on my Hack'.

Funny thing is, it takes an actual effort to realise that the only significant thing that changed was the dock icons.

Other than that the only other change worth noting is the position of the Email menu buttons ...

I like your observation. What hits me is the effect of mac UI style evolution in reverse: when going from newer designs to older the changes feel more striking in reverse, like I usually don't look forward to the changes — and since the Jony Ive era of UI it feels like step forward plus step back.

But looking backwards from almost any rev to earlier it seems like omg...

There's an exception for me: Mojave. That's the sweet spot of current modernity, and they just kept on going.

In fairness, the iOS UI today is a s***storm of controls that makes no sense on any level and it's rife with crazy regressions. Sry too much grousing.

Also, Jobs 2007 Keynote introducing the iPhone is just amazing in retrospect, not the least of which is Trump's head floating as the masthead in the NBC Peacock behind Jobs during the middle of the presentation. But also consider Jobs' language and you will wonder if he's even talking about what we now take for granted.

One more fascinatingly retro vid is:

I tend to use a long favoured set of wallpapers, set on hourly rotation. It helps to break the monotony of the default Apple "ooh, ahh" inspirational offerings.

UtterDisbelief said:
... Funny thing is, it takes an actual effort to realise that the only significant thing that changed was the dock icons...
Click to expand...