EDIT: No longer in use. Have not tested with Mountain Lion

I had a 3Dconnexion SpaceNavigator that I used with a CarPC install I was running in my old Honda Accord. I decided to see if it was of any use in Lion. It works great with Google Earth! I'm sure there are many other uses for it and it would be a pretty silly thing to buy just for using with Google Earth, but I already owned it, so I figured why not use it!

I installed the BETA 3D Mouse software for it that is available from their website. The software installation requires a restart. When the machine restarted it got stuck on the grey Apple screen with the spinning wheel for a while and then the box came up with a line through it.

I pressed the reset button and the machine booted normally and the Space Navigator is working fine. The machine is working fine. I will update if any further problems come up as a result of installing the 3D Connexion driver & software.

EDIT: I have since run an ethernet cable through my attic and the wall, creating an ethernet outlet behind the machine. I am no longer using WiFi on this machine.

I have found that my internet connection speeds on my Hackintosh were less than they are on my MacBook Pro. Also there is an intermittent issue where my Apple TVs (yes plural, I have 4 of them!) were having trouble streaming movies from my Hackintosh.

I had a hunch that an genuine Apple WiFi card would work better. So I decided to do a quick search on eBay for a genuine Apple WiFi card. I found an A1181 model for about $10 shipped and I figured it was worth the $10 gamble to just test my theory. If nothing else, at least it will show up in system profiler as an AirPort Extreme instead of "Third Party Wireless Card".

So tonight my A1181 card showed up in my mailbox. I did the swap about 30 minutes ago. WOW... I hadn't really noticed the sluggishness from just web browsing on the other card but its definitely much snappier now. Also my Apple TVs are working perfectly now.

I went to the store to pick up a Kingwin KF-1000-BF Hot Swap rack. Next to it on the shelf was a more interesting looking hot swap rack that caught my eye. It is a Vantec EZ Swap 4.

The Vantec EZ Swap 4 has a built in 40mm fan which I think will help keep the drives I insert a lot cooler than simply relying solely on the circulation inside the 600T. The fan has 3 speed settings. Low (~3500 RPM), Medium (~5000 RPM) & High (~6000 RPM). The fan RPM is displayed on the built in multi-color LCD. The LCD also displays the drive temperature, which can be displayed in Farienheit or Celcius. There is also a little fan graphic and a hard drive activity light.

The unit seems like pretty decent quality. The multi-color LCD looks nice and has just the right amount of brightness. It comes with 2 keys, if you want to lock it, and has a Vantec badge that isn't too obtrusive. The badge looks like a sticker and might be able to be peeled off if your into the clean, unbranded look.

Here's how it looks installed and while in use. The colors on LCD look a lot better in person:

I wasn't sure if it would be any good so I only bought one of them, but I'm going back tomorrow to get another one. This way when I'll be able to transfer files between 2 drives without opening my case.

Something to note is that it is only setup to work with 3.5" drives. So since I will also want to use it with notebook drives, I am planning to order a couple of these Icy Dock hard drive converters:

Over the weekend I decided to see what the hype is all about with SSD drives. Not knowing anything or doing any research. I picked up a drive with my only prerequisite being that it was a SATA III. I stopped into Compusa and grabbed the only one they had, a Kingston V200 128 GB for $179.

I brought it home and did a clean install. Initially I was pretty impressed with how quickly the machine booted and how quickly I could launch apps. I decided to to a speed test between the Kingston drive and my old mechanical notebook drive. The speeds were 2-3 times the speed of the mechanical drive.

Being curious how it compared to other drives, I found that for the price, the Kingston was pretty weak against similarly priced drives. So I decided to pick up a different drive from another store. I ended up going to Fry's and paying $15 more for a Corsair Force GT.

So since I had the 2 drives on hand, I decided to post the benchmark comparisons between the two drives just in case anyone was curious about either of these two models.

So its pretty clear that the Kingston V200 is pretty weak in comparison to the Corsair Force GT. I haven't returned the Kingston drive yet. I don't really know what the return policy is on SSD drives but I will find out tomorrow.

EDIT: I was able to get the 6850 to work with Mountain Lion by first removing the 6850 from the machine and then doing the complete install using the HD3000 graphics. Once the install was complete, I shut down the machine, reinstalled the 6850 and restarted.

I had some other issues going on at the time that I thought were related to the 6850 so I bought a GT 640 because I thought it would be better supported. The GT 640 works OOB with "GraphicsEnabler=No". I decided to leave the GT 640 installed for now. The 6850 will be used later on in a Windows only machine I have planned.

I've been away from the forum for a while. I'd like to report that my build has been running flawlessly.

I did make some minor changes recently. I started playing Starcraft 2 a little and decided to upgrade the graphics card:

I didn't do anything other than pop out the 9500GT and pop in the 6850. I'm only using one DVI port so I don't know if any of the other ports work. I have no need for any othe the other ports anyway. I checked and its loading the Bulrushes frame buffer. I haven't had any issues so far so if it ain't broke, I ain't fixing it!

Going from a 21" to a 27" is a huge difference. My eyes are no longer straining to read things. Wahoo!

My dear wife bought herself a new desk and insisted that I get a matching desk so unfortunately I had to ditch my home made desk . This also posed a problem for my Corsair 600T because the new desk has a smaller place where the machine sits. So I had to downsize my case:

Its not nearly as fancy as the 600T but it gets the job done and fits where it needs to go. The only problem I currently have is that I loaded the new case out with a fan in every slot it has. It fits great in its new home, but the cheap fans I bought are a bit loud:

There are 5 of them, plus the other fan that came with the case. So I basically have 3 intakes and 3 exhausts. My eventual plan is to get some quiet lower RPM fans to replace them once I get time to do some more research. Any suggestions?

I also added a Magic Trackpad. I don't use it as much as I expected but its a nice to have options: 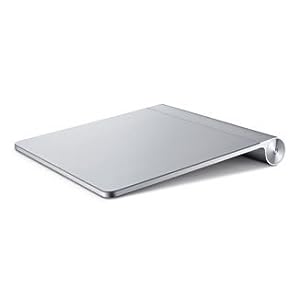 For the trackpad, I also got one of these nifty little do-dads from Twelve South to attach it to the Apple Wireless Keyboard: 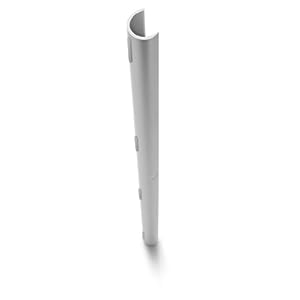 Thanks for reading. Comments and/or criticisms encouraged!

Nice Build! I have a similar build as yours and was curious what difference is between the realtek vs and Lnx2mac ethernet. Im currently using the Lnx2, but getting ready to do a fresh install and wondering what ethernet driver to use.

Hi could You be so nice and re upload screen shots from MultiBeast settings? Thank You

It's photobucket. Apparently I've used too much bandwidth over the past month. It should resolve itself in a few days when the new data cycle begins.

Sorry for the inconvenience.