Is Big Sur Public Beta1 Ready to be Primary System?

Is good idea it install like primary OS or not?

Not at this stage as there are still bugs to be fixed. It is good enough to play and get familiar with but not as your daily driver.

I like to live dangerously, and it's been my primary but limited to office/teams/safari.....basic stuff.

ekohn00 said:
I like to live dangerously, and it's been my primary but limited to office/teams/safari.....basic stuff.
Click to expand...

I have noticed that Safari crashes but then reopens really quickly like it didn't happen... Messages is exhibiting the same problem but then it is like open somewhere else "like changes monitors". Seems like most of the bugs I have seen are related to the OS apps. The email app is not behaving correctly like I know there are emails in my inbox but they are not always showing in the app. I mean really if you are going to truly beta test something you should be using it full time. So far I have not seen the same bugs affecting parallels or any apps in my Windows VM and I am not sure if Word or Excel have done anything weird I do not use them a bunch. If it is your only computer I would wait for a few more releases, if you got a secondary computer in case your primary craps out in the middle of a big project. Remember to Save often when using Beta OS.

In moving from Mojave to the first Catalina beta, a year ago (always on a test SSD), I was faced with a situation where the comfort of use was not particularly compromised as I only had a couple of 32-bit applications exclusive and therefore I was able to stay on it abundantly, so much so that I began to carry on that system, gradually leaving Mojave behind, until, inevitably, returning to it I always found that I was missing something and I chose to use Catalina as an official system sooner than I expected. The comfort was so good that I moved the Kext from the Library only after a long time (certainly after the official version .3).
However, I still have and will keep Mojave for a long time, fully functional.
With Big Sur, things were very different: as soon as inside I immediately felt a decrease in comfort, not due to the visualization which, on the contrary, seemed to me much improved also in terms of definition, legibility and color management, or from the use of the various functions, but by the fact that there was stuff not available.
With Big Sur, developers are far behind in adapting than they were with Catalina and I believe that this gap will tend to increase with the increase in required changes and with the introduction of new versions of MacOS 11.x.x.
Even some benchmarks are not available.
This year after installing it I used it a bit, just to understand it and enjoy the differences and improvements, I did a bit of benchmarking to see if there was any deep difference and then I parked it, going back to Catalina . My method of going back, in this case, will be to first check the progress of the developers for BIg Sur, while continuing to use Catalina.
Pioneers it is interesting to be, but mutilated it is a little less so ...

What is the benefit? Besides playing with something new.

sburnsmail said:
What is the benefit? Besides playing with something new.
Click to expand...

Here you will find the official answer to your question: 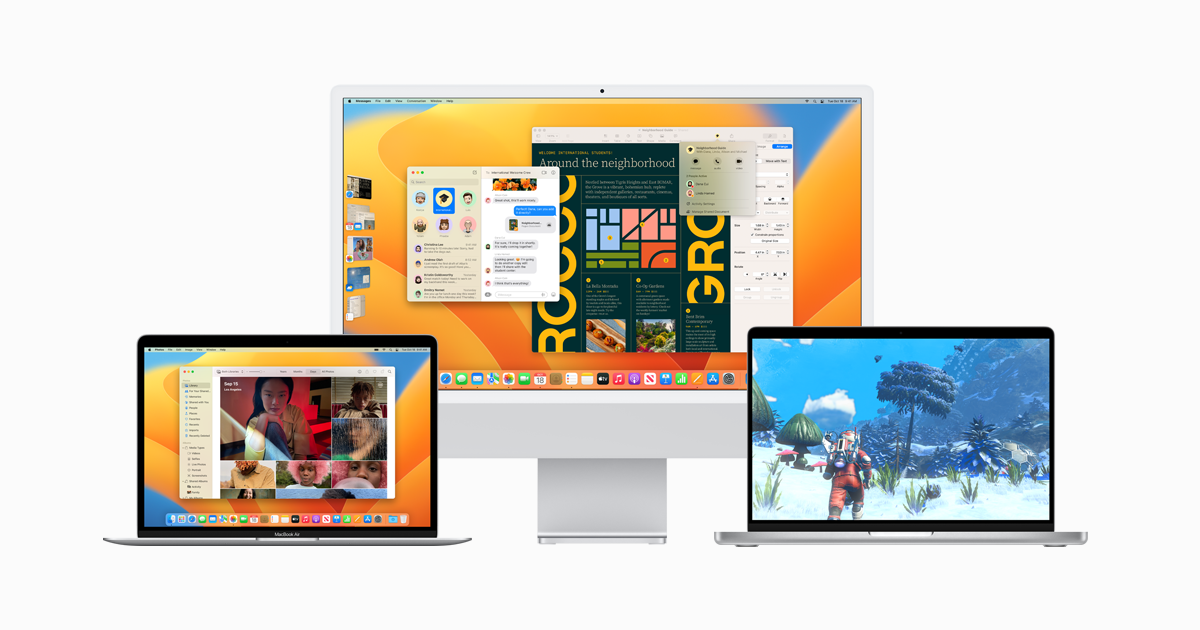 Let's say that it is not like there is racing to grab the news, especially if we consider the difficulties and inconveniences to overcome, at least for this very first phase.

I copied the desktop folder and took it to Catalina, so from now on I have the new dynamic wallpapers in operation ...

There is nothing in Big Sur that I consider to be "must have" features.

I'm tempted to move to it as my primary. So far, I've ironed out all the bugs except for the fact that mattystonnie's Radeon Performance SSDT doesn't work in Big Sur. But the only thing I am giving up without it is the glory of looking at the Geekbench scores. Operationally, I can't tell the difference with or without the SSDT in Catalina or Big Sur.

I'm not sure why I'm compelled. I think I am still in this euphoria where my new Hackintosh rig is the most like a real Mac than I have ever built before, thanks to this amazing community and people like CaseySJ, UtterDisbelief and pastrychef.

I find myself updating and testing just to see if I can finally break the rig.

But then again, that's the spirit of Hackintoshing!


Simon70 said:
Here you will find the official answer to your question:

Let's say that it is not like there is racing to grab the news, especially if we consider the difficulties and inconveniences to overcome, at least for this very first phase.

I copied the desktop folder and took it to Catalina, so from now on I have the new dynamic wallpapers in operation ...

For a first public beta, it's remarkably good IMO, though most of my running using it so far has been on an actual Mac and not a Hack. But I definitely wouldn't use it on the system I do work on, just for fear that any future build of it might be disaster.