I have never seen the need to be on the bleeding edge. I am still building my Hackintosh's with older hardware. I do it on a budget for the enjoyment of building something that was never meant to be. I am typing this on my "Rubik's Cube" running High Sierra because it has a GTX 750 Ti in it. I am running Catalina on a 61 series motherboard with a GT730 (Kepler). I don't really need a Z390 mobo yet, so I have plenty of room to grow and many more years of hacking to build, well beyond 2025.

In anticipation of this, I made the switch to Linux this year. I'm so happy I did (not because of today's anouncement - several years left, I think, for the Hackintosh, but because Linux has, actually, proven to be an enjoyable experience).

looks like its time to say goodbye MacOS... and hello Linux... My first Hackintosh build was probably 6 or 7 years ago... what a joy to get it working on a Gigabyte Mobo with i7 CPU and a at the time decent AMD graphics card. Everything just worked...
Newer builds actually got more challenging as the newer PC hardware wasn't always on the OSX compatible list...
This new ARM type (Apple version) processor really does signal the end for the Hackintoshes as we know it.

Thank you for all your help during hackintosh builds, and generously sharing tricks and feedback. I, for one, learned a lot from you smart ones in these forums. Thank You!

For me, it really depends on the software, like Photoshop, Illustrator, Premiere, Lightroom etc. My Hackintosh will last until those major applications stop running on the Intel-based OS. And even then, I will probably migrate to Windows. I don't really need all the bells and whistles like sidecar, iMessages on the desktop, etc. They're nice, but I have my phone for all the annoying things. I have my desktop for real work.

It is an inevitable move. The number of iOS devices far outnumber the number of Mac OS devices. It makes sense for Apple to unify the experience.

estradaluciano said:
This sucks. I guess the ultimate question has been answered this year. "Why doesn't apple do anything about the Hackintosh community?" and then June 22, 2020 came. Tim did mention Intel based Macs will be supported for many years to come which gives me hope to enjoy my new hackintosh build until its hardware becomes obsolete.
Click to expand...

pastrychef said:
I need to think and decide if I want to invest in one more hackintosh before the end of the line for Intel Macs...
Click to expand...

Yeah for the ones that uses Hackintosh only with Mac OS X, is true you have to think twice, well in my case I use Windows, Linux, Mac OS and I am really confort with all three, I like the three and I use in my work the three, it will be sad to stop using Mac OS X with just one computer because is more confortable and cheap to have three solutions in one machine. Apple have a really bad support and sometimes really bad engennering that I don´t think I would by a Mac Computer, with this they will close more their enviroument and if the repairs would be posible only with Apple, that service will have a really high price with no reason... 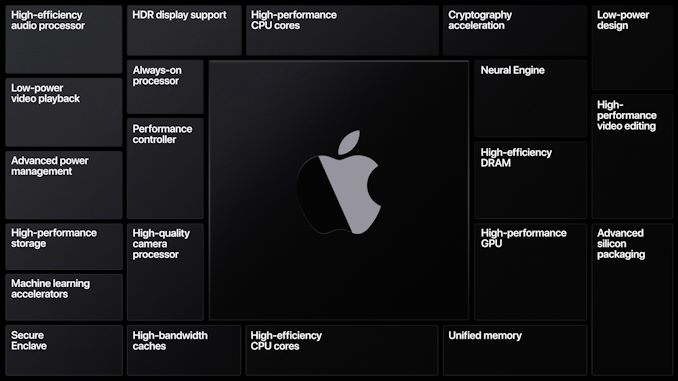 The Next Phase: Apple Lays Out Plans To Transition Macs from x86 to Apple SoCs

For me, this is the end not just of hackintoshing but of Apple. It's absolutely possible that at some point in the future there may be some kind of Mac Emulator for either Intel or some generic ARM board, but it will be far from usable for work. There will be a custom GPU, T2, Crypto, AI and more designs on the chip & co-processors in Macs. It may be possible to emulate some in software, but nowhere near stable, fast and usable for work.

I loved macOS while it lasted and I hate Windows, but not at all costs. Not being able to repair and extend my own hardware and especially not being able to boot into Windows for an occasional game, some development stuff or specialized software not available for Macs is a no-go.

It may be great for some people to run the next Flappy Bird now natively on their mac or try to figure out how to use Cubasis without touch mechanics, but that's not me. If I wanted an iPhone with a big screen, I would plug an iPhone into a big screen.

I'll stay until the lights go off, but that may come sooner than some might think. When new updates for software will only be released for ARM Macs or show more bugs than usual for Intel CPUs because developers don't care anymore and/or developing and fixing bugs for two platforms is just too much work, I'm out of here.

There is simply no use for me for an ARM Mac at all. That's like going back to 2008 and start all over again while everyone else lives and works in the 2020's.

My last - tiny - hope is that people just won't buy ARM Macs. If they don't sell, Apple may think again about this move. But even this tiny hope would just mean the next years are wasted. So I could probably move back to ugly Windows & Android right away as well. Maybe it's time to buy a new Nvidia GPU then, I never liked the Vega.

max470 said:
looks like its time to say goodbye MacOS... and hello Linux... My first Hackintosh build was probably 6 or 7 years ago... what a joy to get it working on a Gigabyte Mobo with i7 CPU and a at the time decent AMD graphics card. Everything just worked...
Newer builds actually got more challenging as the newer PC hardware wasn't always on the OSX compatible list...
This new ARM type (Apple version) processor really does signal the end for the Hackintoshes as we know it.

Thank you for all your help during hackintosh builds, and generously sharing tricks and feedback. I, for one, learned a lot from you smart ones in these forums. Thank You!
Click to expand...

Guys, really, stop acting like this is the end of hackintosh. Don't be drama queens! They clearly said on the keynote that the transition will last 2 years, so it's IMPOSSIBLE that we won't have at least 2 more macOS releases for Intel. Now add more years of support for the Intel Macs that will be released within these 2 years. Definitely at least 1 more year because it would be a very horrible move to stop updating Macs that are still on warranty, and that's not something Apple would do. So we have at least 3 years to keep enjoying our hackintoshes. But that's the bare minimum. There's just not any objective reason to think macOS for Intel won't last even more. So calm down, we are not leaving this forum anytime soon.
Last edited: Jun 23, 2020

pastrychef said:
There are ARM based motherboards out there but I doubt they have GPUs compatible with Apple's
Click to expand...

macOS supports external GPU's via PCIe, pretty sure this won't go away. All the smart people that provided macOS hacks and iOS jailbreaks will surely also have their fun with macOS, including trying to port it to other hardware